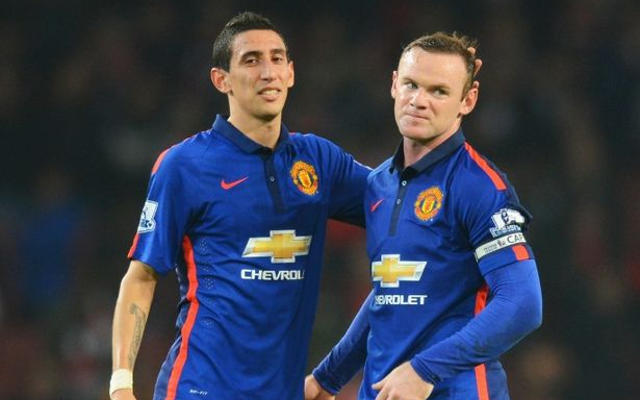 Manchester City are one of a number of clubs chasing the controversial signing of Manchester United attacking midfielder Angel Di Maria this summer, according to the Sunday Times.

The Argentine international is also attracting interest from Barcelona, Bayern Munich and Paris Saint-Germain, the Times claims, with rumours that he is unsettled with life at Old Trafford after a difficult first season in English football.

Despite arriving from Real Madrid and being met by big expectations at United, Di Maria only managed three goals and ten assists in the Premier League. He spent much of the second half of the campaign only making fleeting appearances from the bench in Louis van Gaal’s side.

The 27-year-old is not the only big name to struggle to settle in with the Red Devil. Radamel Falcao is another notable example of a player with a big reputation who massively underperformed in 2014/15. The Colombian international eventually returning to AS Monaco after his season-long loan was not extended by the Red Devils.

Still, City seem ready to take a gamble on Di Maria this summer, with manager Manuel Pellegrini arguably in need of improvements in the attacking midfield department due to some below-par displays from players like Samir Nasri and Jesus Navas, who managed just four goals and fifteen assists between them this term.

The Times claims that City sporting director Txiki Begiristain has been monitoring the former Madrid man’s situation, but that Di Maria himself is not convinced he will make the move to the Etihad Stadium, and is instead focusing on options from abroad if he is to leave United after just one season.

Given the rivalry between the two Manchester clubs, it does seem fairly unlikely that a deal would be sanctioned, though there have been notable instances of players turning out for both teams in the past, most recently with Carlos Tevez and Owen Hargreaves.