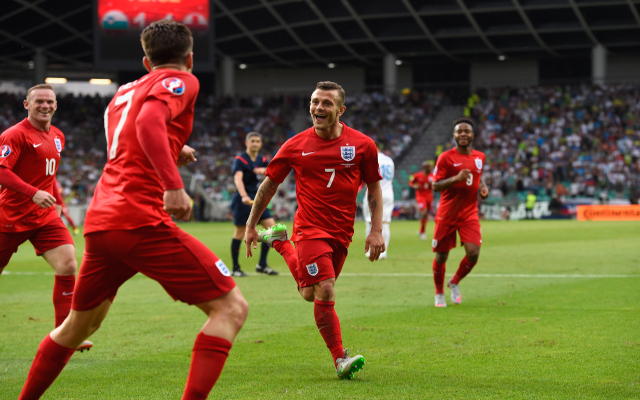 Wayne Rooney was full of praise for England team-mate Jack Wilshere after the Arsenal man’s double salvo against Slovenia.

The midfielder netted two superb strikes before Rooney scored a late winner to secure a 3-2 victory in Ljubljana on Sunday night.

Wilshere struggled with form and fitness for much of the 2014/15 campaign and had to make do with a bench warming role towards the end of the season but the 23 year old came back to his best with a bang.

“Jack and myself have formed a good understanding on the pitch when he’s in that deeper role. He’s still learning, he’s a young player but it’s a new role that he’s taken in his stride.

“Hopefully he’s injury free because he will be a top player in world football.” stated Rooney (Via Goal.com)

The goals were the first Wilshere had managed in an England shirt and Gunners boss Arsene Wenger will hope the cultured performer returns from the summer break in similar form.