Aston Villa youngster Jack Grealish is currently enjoying his end of season break – perhaps too much – after being snapped unconscious on the floor following what looks to have been a heavy night of drinking on holiday in Tenerife.

The rising Premier League star could feel the wrath of manager Tim Sherwood after these images, in which he looks to be surrounded by packets of cigarettes, emerged on social media:

@JackGrealish1 had a great night, opposite my apartment in the wonderful tenerife ???? pic.twitter.com/CDecFX80kw 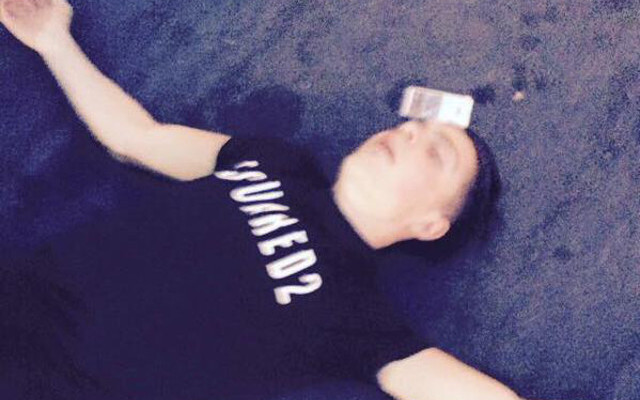 The teen caught the eye last season after putting in some impressive performances under Sherwood, which didn’t go unnoticed with Premier League juggernauts Chelsea and Manchester City – and Manuel Pellegrini is particularly interested in acquiring his signature [via the Daily Mail].

England-born Grealish is currently in an international tug-of-war between Republic of Ireland and the Three Lions; with the winger yet to decide which country he would like to play for. The 19-year-old has represented the Green Army – through his Irish grandparents – from under-15 to under-21 level, but Roy Hodgson is eager to see the youngster feature in his squad.

In reports from the Daily Mail, Grealish is said to favour the shirt of England, but wants Hodgson to confirm that he will be included in his long-term plans with the senior side.