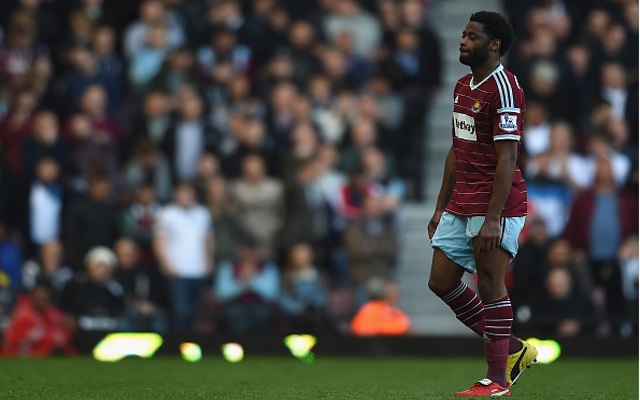 Stamford Bridge side leading race to snap up Cameroon international.

Chelsea are closing in on a deal to sign Barcelona battler Alex Song according to the Daily Express, a move that the Blues could complete for as little as £6m.

The former Cameroon international impressed in patches during his loan spell at West Ham in 2014/15 and his time at Upton Park appears to have successfully acted as a shop window for the former Arsenal man if the reports are to be believed.

Mourinho is reportedly close to beating Arsenal and Liverpool in the race to sign the experienced defensive midfielder, a move that would add strength in depth to the West London side’s squad, and may leave long serving Nigerian John Obi Mikel concerned for his future at Stamford Bridge.

The Portuguese manager has previously publicly stated his interest in signing a midfielder this summer (via Sky Sports) and Song appears to be a serious target to bolster this position.

Song struggled to make an impact at Barcelona following his £15m move to the Nou Camp in 2012 (via Goal.com), with Sergio Busquets firmly in place as the Catalan side’s starting anchorman, and a permanent exit could well help to further reignite the 27 year old’s career.

However, he will find it hard to force his way into Mourinho’s starting eleven ahead of Serbian Nemanja Matic, who had an outstanding season last term, but with Chelsea likely to be fighting hard on multiple fronts Song will have chances to impress if a transfer went through.

At his best, Song is a real talent and the chance to bring in a player of his quality for such a modest fee makes complete sense for Chelsea.

Song enjoyed seven seasons at Arsenal prior to his move to Barcelona and has enjoyed the best form of his career in the English top tier.