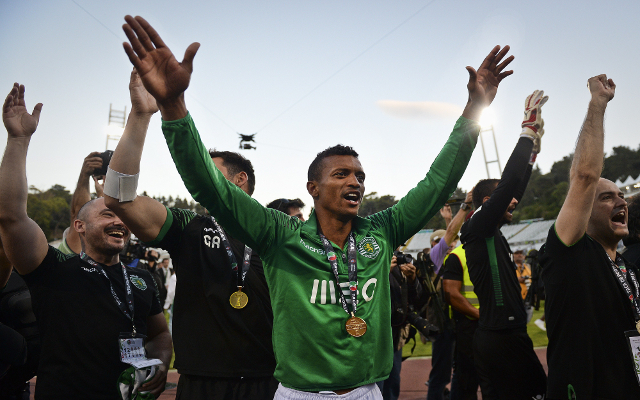 Turkish giants Fenerbahce are closing on a deal to sign Man United winger Nani according to TurkishFootball.com.

The 28 year old impressed during his loan spell at Sporting Lisbon but a permanent move to the Portuguese side, or indeed their arch rivals Benfica, is apparently not on the cards which leaves the path clear for the Istanbul outfit.

Nani’s career was stuttering at Old Trafford before he was shipped out to Sporting Lisbon but a superb season has helped to reignite the Portuguese international’s career, though it’s still likely Louis van Gaal will look to sell the attacker.

Van Gaal has a host of wide-attacking options with both Ashley Young and Juan Mata impressing last term whilst record signing Angel di Maria is another ahead of Nani in the Man United pecking order, when you add new signing Memphis Depay into the mix you can see why it’s likely the Dutch manager would consider offers for the long serving star.