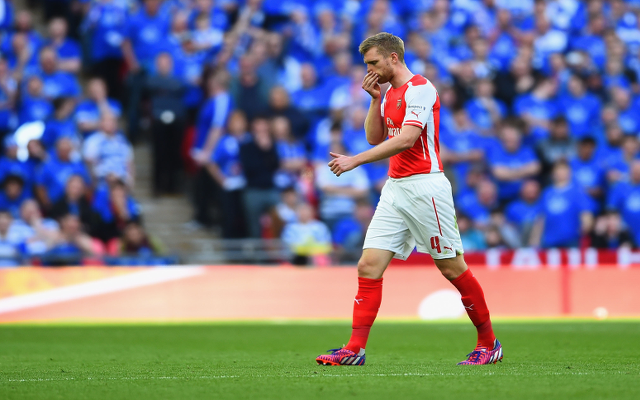 Emirates Stadium side making the most of his international retirement.

Whilst Mesut Ozil and Lukas Podolski were barely breaking into a sweat during Germany’s 7-0 win over Gibraltar, Per Mertesacker was enjoying himself stateside at the NBA Finals.