The Daily Star report that Louis van Gaal asked the Red Devils’ goalkeeping coach, Frans Hoek, to draw up a shortlist of top-class replacements to their current no.1, and Cillessen is the man leading the candidates.

Ajax are reportedly aware of the English giants interest, and are expecting an opening bid of £20m for the 26-year-old to be tabled soon. 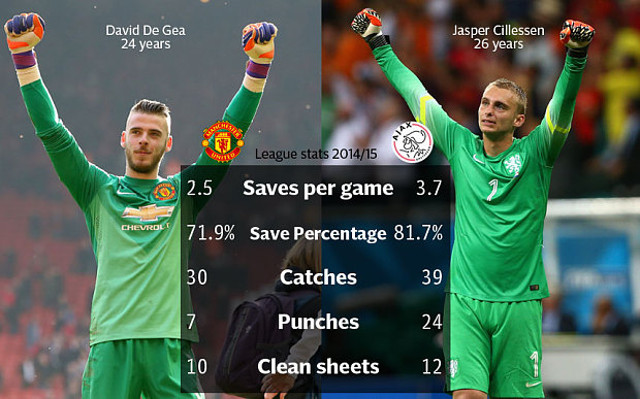 Chelsea’s Petr Cech, Tottenham Hotspur’s Hugo Lloris and Stoke City’s Asmir Begovic are also [via the Express] said to be on Manchester United’s wish list, but former Netherlands manage Louis van Gaal and his goalkeeping coach favour their country’s no.1 ahead of the Premier League trio.