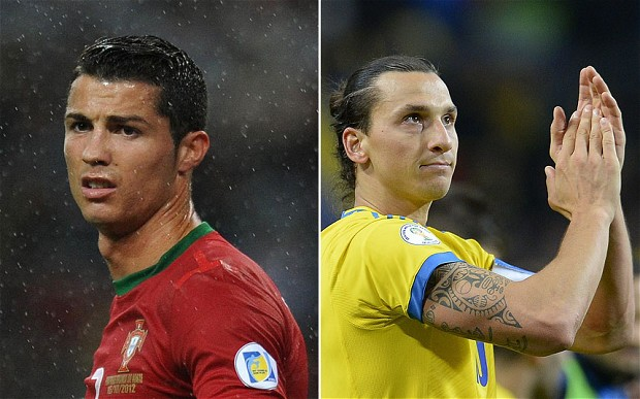 Paris Saint-Germain striker Zlatan Ibrahimovic may have opened the door for his club to sign Real Madrid superstar Cristiano Ronaldo this summer.

The Sweden international has been linked with the likes of AC Milan recently as he has just one year left on his contract with PSG, and it has been reported in recent days that the Ligue 1 champions could target Ronaldo if they get the 33-year-old off their wage bill.

PSG cannot current afford the Portuguese forward, but are interested in bringing him to the Parc des Princes if Ibrahimovic leaves, which he has now stated is still a possibility this summer, and that his decision does not hinge on Champions League football.

“I still have one year left on my contract,” he is quoted on Goal.com. “I belong to PSG. I do not have another plan, but things can change from one day to another.

“I cannot say much now, but I belong to PSG and we will continue like that. But the older I get, the more I have to think differently about choosing a club.

“This concerns not only the footballing aspect, but also the quality of life for my family.

“Many people think that the number one criterion is the Champions League. But this is not true. I want to be in a club that I like, where I have a good time, and have fun playing football.

“If I do not win the Champions League, believe me, my career has been magical anyway. Check my track record; it speaks for itself.”