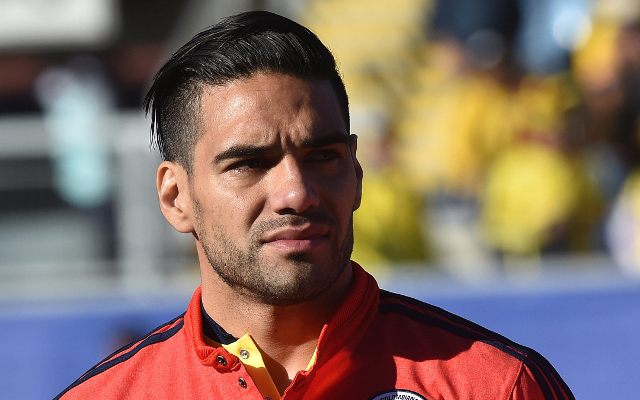 AS Monaco striker Radamel Falcao has agreed personal terms with Chelsea, and his transfer to Jose Mourinho’s Premier League champions could be confirmed by the end of this week.

French newspaper L’Equipe claim that a deal to bring the former Manchester United forward to Stamford Bridge is nearing completion, and the Blues could announce his arrival within the next few days.

According to the broadsheet, as the Red Devils did last summer, Jose Mourinho has opted to sign Falcao on a one-year loan deal, with the option of making a permanent purchase when the contract expires.

The Portuguese manager could have felt that a temporary agreement was the wisest option given the forward’s questionable form at Old Trafford last season. The Colombia international recorded a tally of just four Premier League goals, and has seen his stock fall as a result.

Despite his miserable debut campaign in England, Falcao is eager to remain in the Premier League – perhaps believing he has unfinished business.

The Sunday Times reported only two days ago that the 29-year-old had agreed personal terms with Chelsea after being assured by Jose Mourinho that there would be no repeat of his treatment by Manchester United manager Louis van Gaal. The Dutchman used Falcao sparingly throughout his loan deal, and he was eager for Mourinho to confirm what role he would have in west London.

The former Real Madrid boss has publicly stated [via the Express] his desire to help Falcao rediscover the form he once had at Atletico Madrid. Such confidence from Mourinho, the Sunday Times claim, has made the Colombian striker 100% certain on a move to Stamford Bridge.

Chelsea are in need of a striker with Didier Drogba having left the club following the expiration of his one-year deal [via the Independent].