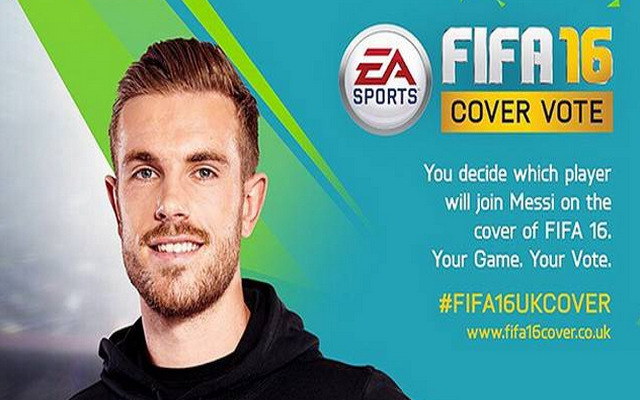 The guys at EA Sports (it’s in the game) have opted to leave it to the public to decide who will appear alongside Lionel Messi on the cover of the upcoming FIFA 16 game and it appears that a huge number of Liverpool fans have taken it upon themselves to aid Jordan Henderson to top spot in the vote.

The voting is down to four players and the Anfield star finds himself ahead of Tottenham ace Harry Kane, Chelsea keeper Thibaut Courtois and Man City goal machine Sergio Aguero.

Voting closes on July 5th…so if you don’t want to see Henderson’s face on the front of the game then you know what to do….

You can vote by following the link here