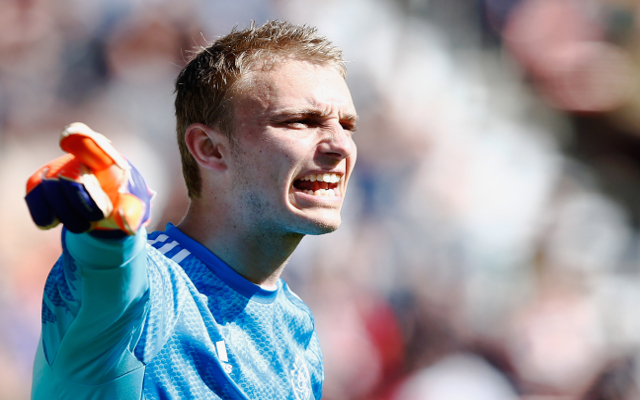 Ajax goalkeeper Jasper Cillessen could complete his transfer to Manchester United as early as this week, according to reports in Telegraph Sport.

The Dutch stopper has been earmarked as United manager Louis van Gaal’s number one target to replace David De Gea, who appears to be edging closer to completing a move to La Liga giants Real Madrid.

Reports in Mail Sport on Monday morning emerged suggesting that Los Blancos have found a loophole in the Spaniard’s contract at Old Trafford and could sign him for as little as £13 million.

The Red Devils are keen to sign De Gea’s replacement before he departs for Madrid and feel they are in a position to seal a deal for Cillessen by the end of the week.

Cillessen has featured for Amsterdam giants Ajax for four years since moving to the domestic heavyweights from NEC back in 2011. He signed a five-year deal upon moving to the club, although has sometimes struggled to displace Kenneth Vermeer as Ajax’s number one.

To date, Cillessen has won three Dutch titles at the Amsterdam ArenA, and also lifted the Dutch Super Cup in 2013. He was named Ajax’s Player of the Year in 2015, following some sterling work between the sticks.

Beyond the Netherlands stopper, Hugo Lloris of Tottenham Hotspur [Goal] and Petr Cech of Chelsea [Manchester Evening News] have also been linked heavily with a move to Old Trafford as possible De Gea replacements.