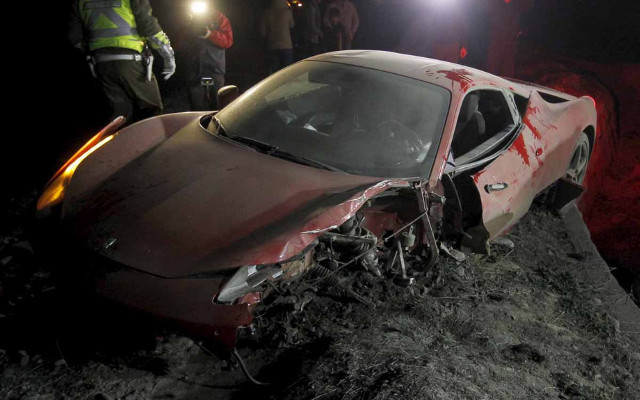 Juventus midfielder Arturo Vidal has reportedly been held by police after the Chilean international is said to have crashed his Ferrari whilst drunk driving according to the BBC.

The accident happened late on Tuesday in the Santiago suburbs and the Arsenal target will go before a local judge on Wednesday.

“The driver of the red vehicle was under the influence of alcohol,” confirmed police colonel Ricardo Gonzalez.

The 28 year old is on international duty at the Copa America, during which the South American has netted three goals in two games, and is said to have suffered minor injuries in the incident which left his Ferrari in a very sorry state.

Following the incident Vidal took to Twitter to update fans on the accident, stating;

“Unfortunately I was involved in a traffic accident,”

“Luckily we are all well and calm. Thanks for worrying.”