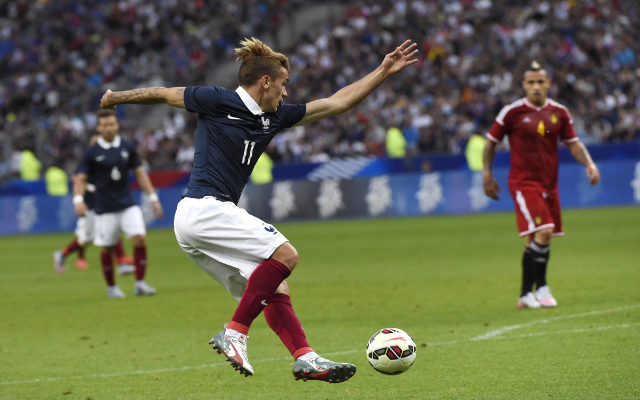 Chelsea are ready to sell striker Loic Remy ahead of a move to sign Atletico Madrid forward Antoine Griezmann, according to The Times.

Jose Mourinho looks set to welcome Radamel Falcao to Stamford Bridge on a loan deal, say Sky Sports News, and The Times claim that the imminent arrival of the Colombian has left 28-year-old French international Remy considering a move.

The Blues will begrudgingly sell Remy to help fund a move for Griezmann, who The Times claim has a £43m release clause in his Vicente Calderon contract, in a move that will certainly enhance the Chelsea attack.

Griezmann can be used on either flank or in a central striking role, and his 22-goal La Liga haul last term shows just how capable the 24-year-old is in front of goal.

Chelsea have, of course, successfully raided Atletico Madrid previously, bringing in both Diego Costa and Filipe Luis from the Liga BBVA side last summer, and Mourinho has publicly confirmed his intention to sign a striker, a defender and midfielder in the current transfer window [via Sky Sports].

Last season, Chelsea’s striking options consisted of the aforementioned Remy, Costa and veteran Didier Drogba, the Ivorian having now left the West London side, and moves to re-shuffle the pack to an alternative trio of Costa, Griezmann and Falcao will surely concern the club’s Premier League rivals.

Chelsea romped to EPL title success in 2014/15, but clearly Jose Mourinho isn’t a manager to rest on his laurels and additional signings could help the West London side push on for continental success.