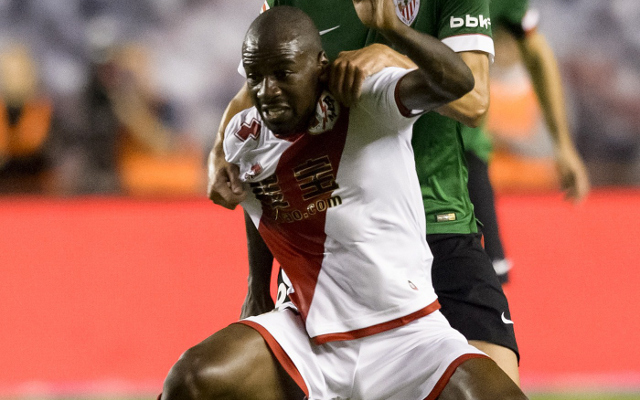 Chelsea’s Gael Kakuta is finally closing in on a move away from Stamford Bridge and will head to Sevilla on Thursday for his medical.

An announcement on Sevilla’s website confirmed that the Franco-Congolese midfielder is expected to complete a move imminently.

“Gael Kakuta arrives in Sevilla this Thursday for the medical,” the announcement began, “if everything goes well, as hoped, Sevilla and Chelsea will sign the documents to validate the transfer.”

Sevilla approached Chelsea for Kakuta’s services back in May, according to L’Equipe, with the Express reporting that the player will sign a four-year deal at the Ramon Sanchez Pizjuan.

The move will allow Kakuta to escape Stamford Bridge, where he has seen his career stall, and finally begin to get his progress back on track.

The left-sider was once considered one of the most exciting wonderkids in the world game, and it was this reputation that prompted Chelsea to bring him to West London seven years.

The Pensioners generated much controversy when they acquired him from Racing Club de Lens, and both they and the player were fined after Kakuta breached his contract to switch to Stamford Bridge.

The youngster was also banned for four months.

In the intervening years, Kakuta has struggled to make his mark at Stamford Bridge.

He impressed this season on loan at Rayo Vallecano, where he contributed six assists and scored four times in 23 La Liga appearances.

However, while he has found his feet in Spain, loan moves haven’t always got the best out of Kakuta. He has featured for the likes of Bolton Wanderers, Fulham, Lazio, Vitesse Arnhem and Dijon, but none of his sojourns have done enough to convince the hierarchy at Chelsea to give him a run in the first team.

Kakuta looks set to leave the club having only made six appearances in the Premier League for the Blues.

The forward has represented French at youth level up to U21, but is eligible for the Democratic Republic of Congo, who finished third at the 2015 Africa Cup of Nations.