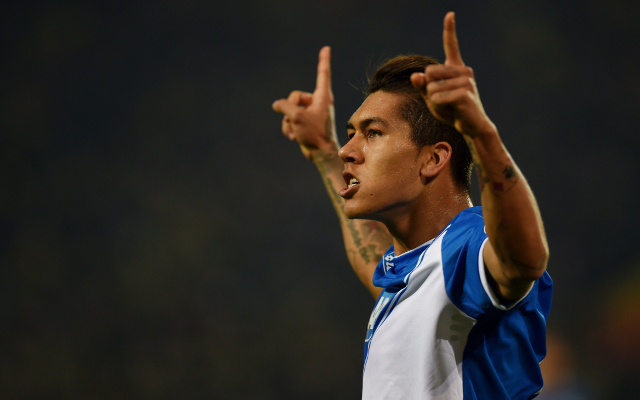 Liverpool’s failure to qualify for next season’s UEFA Champions League appears it will cost them dearly in the transfer market as young Brazilian Roberto Firmino is set to snub a move to Anfield in favour of Manchester United, according to Daily Star Sport.

The Hoffenheim star has emerged as a target for the North-West duo, with reports earlier in the week in Metro Sport suggesting that the Reds were ready to launch a last-minute bid for the 23-year-old.

Firmino’s potential arrival on Merseyside could be viewed as a ready-made replacement for unsettled Reds winger Raheem Sterling, who looks increasingly likely to leave Anfield in the current transfer window.

Manchester City returned with a fresh offer for the England international [via BBC Sport] on Wednesday morning and if the bid is accepted, it would free up some funds for Brendan Rodgers to further strengthen his squad.

However, it is understood that the Red Devils are leading the chase for Firmino as they are in a position to offer him the chance to play in European football’s elite club competition next season.

Guardian Sport reported that Firmino’s agent Roger Wittmann has confirmed the Brazilian international is likely to complete a summer switch to the Barclays Premier League, but any deal will have to wait until the player’s involvement in the Copa America is over.

Hoffenheim reportedly value the attacking midfielder at £20 million and that price-tag is unlikely to concern United after already spending a similar fee on recent addition Memphis Depay [via BBC Sport], who completed his move to Old Trafford last week.

The reports also adds that manager Louis van Gaal is close to completing a deal for Firmino’s compatriot Rodrigo Dourado, who plays for Internacional in Brazil, after receiving glowing reports on the midfielder from his scouting team.

Although one problem is that the 20-year-old would be unlikely to receive a work permit, and therefore he will be sent out on loan to a club in Europe if United are successful with their attempts to sign him.