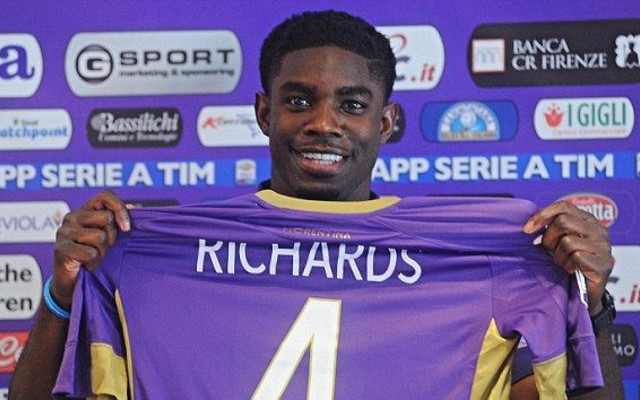 Aston Villa have completed the signing of Manchester City defender Micah Richards, who will move to Villa Park on July 1 when his current contract ends.

The England international has signed a four-year deal with the Midlands giants having not been offered a new deal at the Etihad Stadium.

Richards’s progress stalled significantly following a series of devastating injuries and he spent last season on loan at Fiorentina.

His spell in Serie A wasn’t particularly successful, with the 26-year-old managing 20 appearances in the top flight as the Viola registered a fourth-place finish.

Richards, who was born in Birmingham, has 13 Three Lions caps to date, but hasn’t represented the national side since 2012.

He began his career with City in 2005 and represented the side for the best part of the next decade, with the highlight being the Premier League triumph of 2012. In total, he made 245 appearances for the Citizens, scoring four goals.

He also lifted the FA Cup in 2011, but his first-team opportunities were reduced greatly by the superb form of Pablo Zabaleta and were ended altogether following the arrival of Bacary Sagna.

Speaking to Villa’s official website upon the deal’s confirmation, coach Tim Sherwood expressed his delight at having secured the defender.

“I’m really pleased to get Micah on board,” the former Tottenham Hotspur manager began, “and I’m sure he will prove to be an excellent signing for the football club.”

According to The Guardian, Villa are planning to use Richards as a centre-back and consider the player to be an able replacement for out-of-contract Ron Vlaar, who has been linked with a move to Manchester United [Metro].

At 26, Sherwood should be confident that Richards has the best years of his career ahead of him and can still go some way to delivering on the immense potential that he demonstrated as a young player.