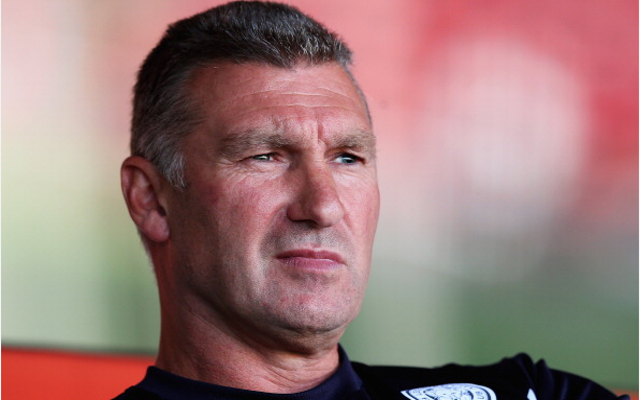 The last of the trio is the son of club head coach Nigel Pearson, which has added another element of humiliation and embarrassment to the episode for the club. The club’s owners, Aiyawatt and Vichai Srivaddhanaprabha are also from Thailand.

A statement on the official club website read: “Leicester City Football Club has notified Tom Hopper, Adam Smith and James Pearson that their contracts with the club have been terminated.

“The decision follows the conclusion of an internal investigation and disciplinary proceedings, as a consequence of events that took place during the Club’s end-of-season goodwill tour of Thailand.

“Leicester City Football Club is acutely aware of its position, and that of its players, as a representative of the city of Leicester, the Premier League, the Football Association and the Club’s supporters. It is committed to promoting a positive message of community and family values and equality, and to upholding the standards expected of a Club with its history, tradition and aspirations.”

Following the emergence of the clip [below, via the Sunday Mirror], the Foxes sent the trio home, and promptly launched an internal investigation.

They also released the following statement on their official website: “Our players at every level are expected to behave as representatives and ambassadors for our Football Club, both on official Club duty and in their personal lives, so we treat their conduct extremely seriously.

“Following a preliminary meeting in consultation with the three players earlier today, the players involved in the incident are now returning to the UK, in advance of the rest of the squad.

“Tom Hopper, James Pearson and Adam Smith would like to convey their sincere apologies for their behaviour – to the women involved in the incident, to the Club and its owners, to the Club’s fans and to their families.

“A formal process of investigation will be undertaken with the players in conjunction with their representatives and, as such, no further comment can be made at this stage.”

This probe has concluded with the termination of Smith, Hopper and Pearson’s contracts.

The controversial incident has marred a magical few months for the club.

Leicester appeared destined for relegation from the Premier League having amassed only 19 points by the end of March.

For the remainder of the campaign, however, they went unbeaten—excluding a defeat to champions Chelsea.

Despite going 13 games without a win before Christmas, and spending 140 days at the foot of the table, they managed to end the campaign in 14th place.

Regardless of their fine end-of-season form, the youth players’ behaviour in Thailand has taken the shine off the end-of-season celebrations. The video below apparently presents the local women performing sex acts on the players, before watching them indulge in girl-on-girl acts while insulting them with racially pejorative terms.

The club’s decision is likely to find favour with the club’s fans, with many Foxes fans taking to Twitter to express their disgust at their players’ actions.