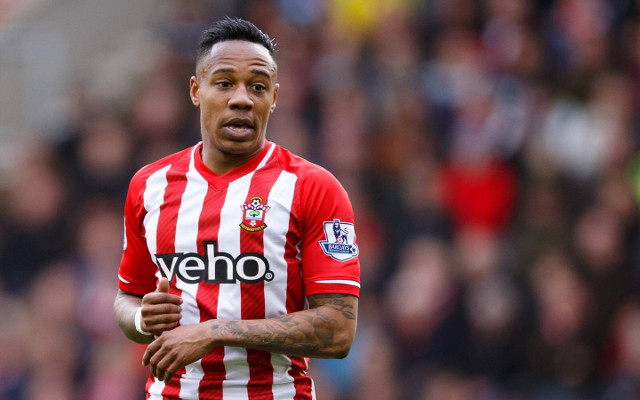 Liverpool are moving closer to the signing of England right-back Nathaniel Clyne after reports that Southampton are close to signing a replacement.

Reds manager Brendan Rodgers is thought to be desperate to land the former Crystal Palace defender and it would appear he may get his wish after Southampton have reportedly agreed a deal for young Sporting Lisbon full-back Cedric Soares.

Express Sport journalist Paul Joyce broke the news via his official Twitter account on Wednesday morning, then later in the day it was confirmed via Sky Sports’ Amy Lewis:

Sources: The Cedric Soares move to Southampton is a 4-year deal. Agreed to move there from Sporting Lisbon — Amy Lewis (@SkySportsAmy) June 17, 2015

Liverpool have already seen one bid rejected by the Saints just days after the Premier League season had ended in May [via Guardian Sport] and will be confident of striking a deal now that a replacement for Clyne has been found.

The Merseyside outfit have emerged as heavy favourites for Clyne’s signature after fierce rivals Manchester United reportedly dropped out of the race for the 24-year-old towards the end of last season [via ESPN].

The England man has one year left on his deal at St Mary’s and it appears the club are willing to cash in on him this summer rather than risk losing him for free next year.

It is thought that a bid of £15 million [via Liverpool Echo] will be enough to secure the services of Clyne, and if the Reds are successful in their attempts then he will be the fourth player they have signed from the Saints in the last two summer transfer windows.

Dejan Lovren, Adam Lallana and Rickie Lambert were all recruited by Rodgers last year for a combined total of £50 million, however, none of the three were able to establish themselves at Anfield and Rodgers will be hoping Clyne doesn’t follow suit if he is to sign.

Following a disappointing campaign in which the Reds finished sixth in the league and were knocked out at the semi-final stage in both the FA Cup and Capital One Cup, it appears the club are wasting no time in strengthening their squad ahead of the new season.

James Milner, Danny Ings and Adam Bogdan are all set to officially become Liverpool players on July 1 and a deal for young Charlton defender Joe Gomez is reportedly close to being finalised [via Mail Sport].