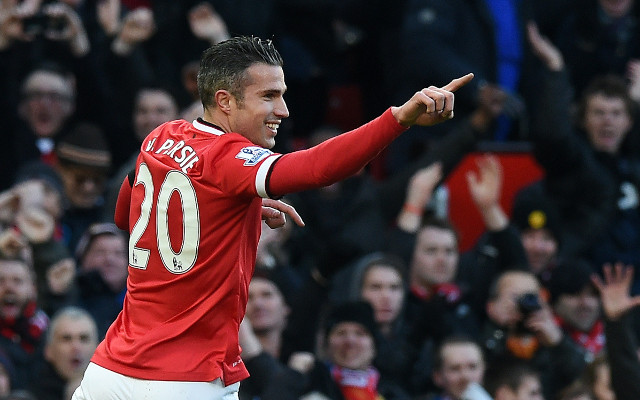 Manchester United striker Robin van Persie could be heading out of Old Trafford this summer having started negotiations with Super Lig heavyweights Galatasaray.

According to the Express, the Dutch forward is considering his future after his form dipped in Louis van Gaal’s first season in charge, and the Turkish giants have emerged as potential suitors.

The newspaper state that van Persie has already begun talks with Galatasaray and could be open to a move to the Turk Telekom Arena.

The former Gunners attacker spoke cryptically of his Red Devils future earlier in the week – stating that he was ‘relaxed’ ahead of the summer window – but admitted that prolonging his Old Trafford career may not be his decision [via the London Evening Standard]. His current contract at the Theatre of Dreams expires at the end of next season, and van Gaal could therefore be tempted to cash in.

Manchester United have been heavily linked to a vast array of top class strikers this summer, including Gonzalo Higuain, Edinson Cavani, Harry Kane, Mario Mandzukic and Karim Benzema [via the Daily Star] – and any of their arrivals could make van Persie surplus to requirements.

The Netherlands international scored 26 goals in his debut campaign for the Red Devils – which fired the Premier League giants to their 20th English title – but he has failed to continue his blistering form.

In 25 domestic starts, the 31-year-old recorded his lowest tally of 10 goals since his 2009-10 campaign as an Arsenal player and, having reached the twilight years of his career, he could be falling off the pace in the Premier League.

As well as the 2012-13 EPL title, van Persie also won the 2013 Charity Shield with the Red Devils. During his time as a Gunner, he won the Charity Shield in 2004 and the FA Cup a year later.

He was a UEFA Cup winner with first senior club Feyenoord in 2002.