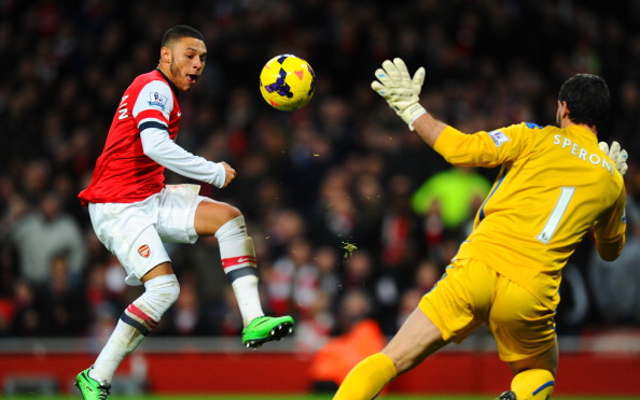 Chelsea are ready to offer £20m for Arsenal youngster Alex Oxlade-Chamberlain according to The Sun.

Jose Mourinho was keen to secure the 21 year old England man as part of any potential Petr Cech swap deal but is now preparing a straight cash offer for the Gunners fan favourite.

Oxlade-Chamberlain has struggled with injuries in recent seasons and made just 17 Premier League starts last term and a move to Chelsea would help the West London side up their ‘homegrown’ contingent.

Mourinho may feel Oxlade-Chamberlain, who can play in wide attacking roles as well as in a central midfield berth, could challenge Willian for a spot in Chelsea’s starting eleven.

Arsene Wenger is reportedly not interested in selling Oxlade-Chamberlain though this won’t prevent Chelsea from trying their luck.

Arsenal signed Oxlade-Chamberlain in 2011 and the former Southampton man is still to deliver on his obvious potential.