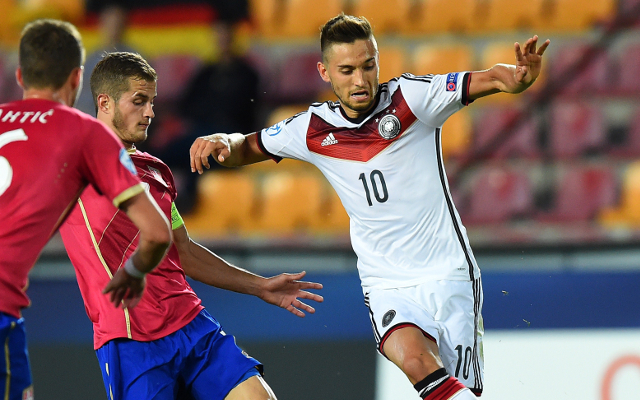 UEFA European Under-21 Championship favourites Germany were held to a surprise 1-1 draw by Serbia in their opening group-stage contest on Thursday night.

The young Germans have taken a star-studded squad with them to the Czech Republic, with Marc-Andre ter Stegen, who won the Champions League with Barcelona earlier this month, named in goal ahead of Timo Horn and Bernd Leno.

There was also a start for Liverpool youngster Emre Can in his favoured midfield role, while Arsenal prospect Serge Gnabry, who missed a huge chunk of last season through injury, was named among the substitutes.

Serbia shocked many by reaching the tournament after beating holders Spain in a two-legged tie last year and do possess star quality of their own in the squad to go far in the competition.

Borussia Dortmund youngster Milos Jojic and former Southampton loan star Filip Duricic have already been capped at senior level and will be key to any potential success during the tournament.

It was the latter that stunned the Germans in the eighth minute, as he waltzed through their defence and kept his composure to slot the ball into the net and give the young Serbians a dream start.

The goal certainly provoked a reaction from the favourites and they were level within ten minutes thanks to a classy effort from Can, who strode forward from his defensive midfield position and calmly stroked the ball into the bottom corner after losing his marker with ease.

Despite the equaliser it was the Serbians who looked the more likely to score again and if it wasn’t for an magnificent save from ter Stegen then they would have gone in at the break in the lead.

Goran Causic was afforded time and space to let fly from distance and his goal-bound effort was brilliantly diverted on to the crossbar by the German, who somehow got his fingertips to the ball and pulled off one of the best saves of the season.

The second half proved to be a more cagey affair, with Serbia happy to soak up the pressure and hit Germany on the counter-attack. However, Philipp Hofmann should have done better with a free header at the back post after being picked out by Kevin Volland.

Germany’s hopes of a winner were rocked in the 68th minute as defender Christian Gunter was sent off for two bookable offences, the second of which was because of a needless dive.

Both sides were happy to settle for a share of the spoils, which blows the group wide open as Germany face opening-day winners Denmark on Saturday evening knowing that anything less than a win could leave them with a huge mountain to climb.

Meanwhile, Serbia will face the host nation Czech Republic earlier that day hoping to build on this positive result against the much-fancied Germans. 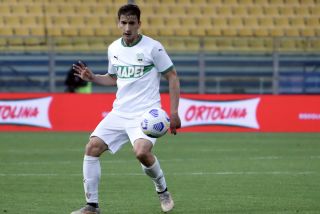