Manchester United star Angel Di Maria has been snapped on Instagram with fellow Argentine and friend Nicolas Otamendi during their time together at this summer’s Copa America tournament.

Having moved to Old Trafford last summeer, Di Maria may now be looking to lure some of his international team-mates to Manchester with him, while other high-profile members of the South American giants’ squad also play in England, such as Sergio Aguero and Pablo Zabaleta down the road at Manchester City.

Otamendi has been strongly linked with the Red Devils for much of the summer, so could it be that Di Maria has been doing his bit to persuade the Valencia man to make the move to England? 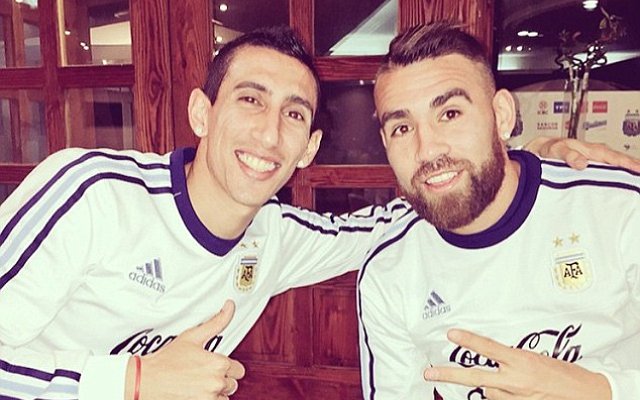