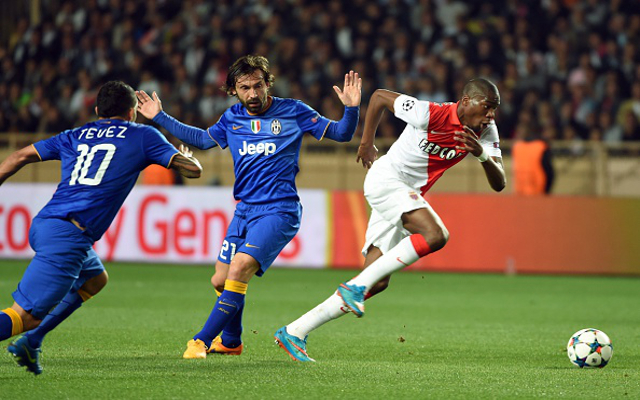 Barcelona are considering a move to sign AS Monaco midfielder Geoffrey Kondogbia in this summer’s transfer window, with Spanish publication Sport revealing that he could be an alternative to Juventus’ Paul Pogba.

The French international is a top young talent who has impressed in Ligue 1 since his move from Sevilla in 2013, and Sport claims that Monaco will let him go if they receive an offer in the region of 30 million euros (£21.4m).

The article mentions Manchester City and Real Madrid’s interest in Pogba as a possible reason for Barcelona switching targets. However, earlier this week the Daily Mail indicated that Arsenal look in a good position to sign Kondogbia after rumours that the 22-year-old has already met with Arsene Wenger, meaning the La Liga champions may not have an easy ride in that pursuit either.

As is inevitable with top class players, Kondogbia clearly seems to be attracting interest from a number of big teams this summer, though it remains unclear at the moment which ones are the most serious about signing him, or who has made the most progress in talks so far. Still, it may now be that Barca are keen to enter the running after these latest rumours from the Spanish press.

Having won the treble this season, it is hard to know where manager Luis Enrique should start in his attempts to improve his squad, but defensive midfield makes sense as a place to start, with long-serving star Xavi confirmed as leaving the club, and therefore leaving something of a gap in the middle of the park.

Although Kondogbia is not a similar kind of player, he does possess great technique and the ability to link up play as well as shield the back four. He particularly caught the eye with a fine box-to-box performance for Monaco in their 3-1 win away to Arsenal in this season’s Champions League, in which he scored the opening goal from long range.