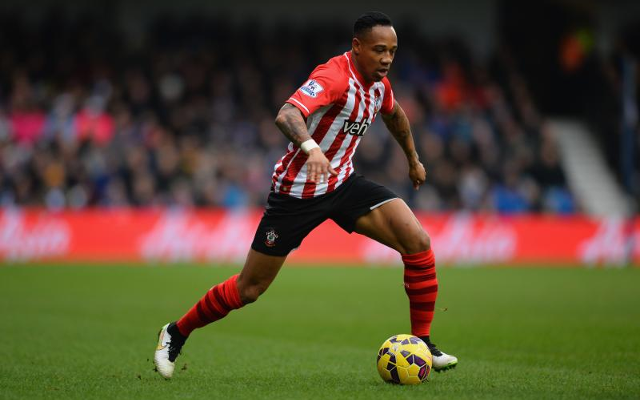 Southampton right back Nathaniel Clyne is set to reject a transfer to Manchester United and seal a summer move to Liverpool, believing he would be guaranteed a starting position at Anfield.

Glen Johnson’s contract with the Reds expired at the end of the season, and Brendan Rodgers has singled out the Saints full back as the man to fill his boots on Merseyside.

The club had an opening bid of £10 million rejected at the end of May [via BBC Sport], and are rumoured to have been preparing an improved offer over the last few days [via the Liverpool Echo].

The Sun claim that Clyne has been tempted by a switch to Old Trafford, but the allure of regular first-team action at Anfield has left him feeling Liverpool would be a better option at this stage of his career.

The daily tabloid suggest that the Reds’ Northern Irish manager is readying a £12 million offer, which is £2 million more than their original bid, but £3 million less than Southampton’s valuation. However, the 24-year-old’s desire to join LFC could see the Saints accept a lower offer.

Despite the possible appeal of Champions League football at Manchester United, Clyne would prefer to wear the red of Liverpool – and his transfer could be confirmed within days, according to The Sun.

Jon Flanagan, the newspaper state, could have been a potential successor to Johnson; however, the youngster is still recovering from a serious knee injury that left him sidelined for the whole of last season, and he therefore could be some way off match fitness. Rodgers also is eager to sign an experience defender.

Only Crystal Palace’s Mile Jedinak (51) and Chelsea’s Nemanja Matic (51) completed more than Clyne’s 48 tackles last season, as Southampton continue to produce some of the finest British talent in the game.

Gareth Bale, Theo Walcott and Alex Oxlade-Chamberlain are among the notable names to have left the St Mary’s Stadium for a juggernaut of England’s top flight, while Luke Shaw became the most expensive teenager in world football after he sealed a £30 million move to Old Trafford last summer.