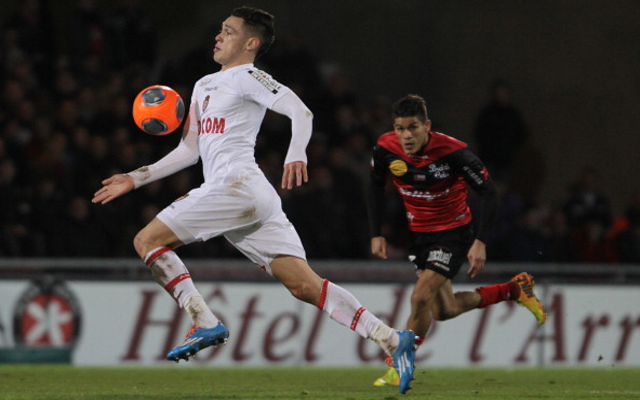 Liverpool are reportedly weighing up a bid to sign AS Monaco winger Lucas Ocampos in this summer’s transfer window due to the doubt over Raheem Sterling’s future.

In a detailed report from the Daily Telegraph, it is said that the Reds could be keen to bring the talented young Argentine to Anfield, in a move likely to cost somewhere in the region of £14m.

The article claims Liverpool first took notice of Ocampos’ talents back in 2011, though a move never materialised for the youngster to make the move to Merseyside. Still, he has remained on the club’s radar and is now being considered again this summer as the Telegraph believe manager Brendan Rodgers is being forced to prepare for the exit of star player Sterling.

The England international has been the subject of a second bid from Manchester City, according to another piece in the Daily Telegraph, and it could still be that the 20-year-old will end up making his way to the Etihad Stadium this summer if the club maintain their interest in his services.

Ocampos has a decent record in Ligue 1, though some Liverpool fans may question if he is currently good enough to replace a player of Sterling’s calibre, having only managed one league goal in France this season despite playing an attacking role for one of the country’s top teams.

Still, the promising South American has been held in high regard for some time now after first breaking through at previous club River Plate, and it may be that Rodgers has seen something in him to persuade him that he could succeed if he made the move to England this summer.