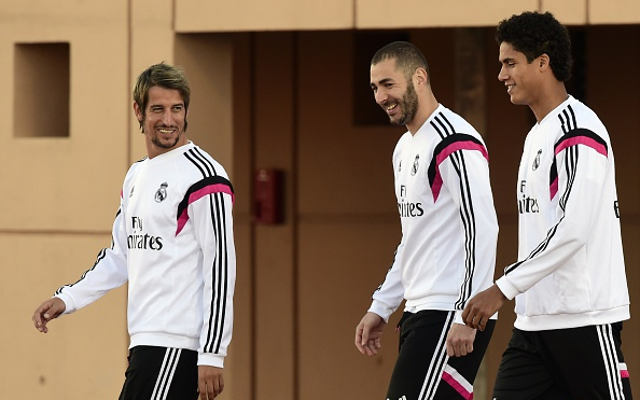 Manchester United have reportedly asked Real Madrid about the availability of defender Raphael Varane this summer during talks over a deal for goalkeeper David de Gea, according to Spanish source Marca.

The French international is a highly regarded young talent at the Bernabeu, though there is some suggestion that he would need to be offered the guarantee of more regular first-team football at the club after United declared their interest in him.

Louis van Gaal’s side are known to be in need of improvements at the back this summer, with players like Jonny Evans and Phil Jones looking unconvincing for much of the 2014/15 season, while youngsters Tyler Blackett and Paddy McNair also ended up playing a surprisingly high number of games due to a lack of depth in that department.

Although it would be a huge blow if De Gea were to make his way to Real this summer, as Marca states club represenantives have met to discuss, it could soften the impact of the loss if a talented young centre-back like Varane were to end up making his way to Old Trafford.

Still only 22 years old, Varane looks to have his best years ahead of him after a highly promising few seasons in the Madrid first-team, and his importance to the club has been underlined by the fact that Los Blancos chiefs reportedly told United he was absolutely not for sale this summer, as Marca states.

Recent reports in the Daily Express, however, have claimed that Real could prepare for the departure of Varane by moving for Valencia defender and another rumoured United target Nicolas Otamendi, so it may still be that this particular saga is somewhat up in the air.