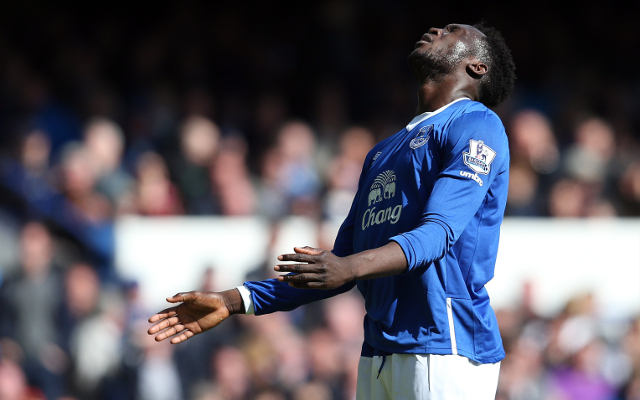 Manchester United could be weighing up a surprise move to sign Everton striker and former Chelsea ace Romelu Lukaku in this summer’s transfer window.

A report in today’s Sun claims that manager Louis van Gaal is eyeing up the Belgian international after appearing to miss out on the signing of Atletico Madrid forward Mario Mandzukic, who is looking likely to join Juventus instead.

The Croatian international has been one of the top targets on United’s radar this summer as Van Gaal looks for new additions in attack, with Radamel Falcao returning to AS Monaco after a highly disappointing season on loan in the Premier League. As well as the Colombian’s poor form up front, Robin van Persie also arguably looks past his best after looking unfit and managing only ten goals all season long.

Lukaku could be another good option for United to consider in a bid to solve these issues up front, with the 22-year-old establishing himself as one of the best young attacking players in Europe in recent times, though he had a slightly below-par first season at Everton after completing a permanent transfer from Chelsea.

Still, a return of 20 goals in all competitions, even if only 10 of those came in the Premier League, seems to have persuaded United that he’d be a worthwhile signing for their team, if The Sun’s report is to be believed.

The Red Devils’ interest could be fueled by quotes from Lukaku himself, who has stated his desire to win trophies, something which may not be achievable with his current club.

“I want to win titles, not just be shadowing at the top,” he said.

The Sun also mentions United’s interest in Tottenham striker Harry Kane, though they state that no formal inquiry has been made for the England international so far.