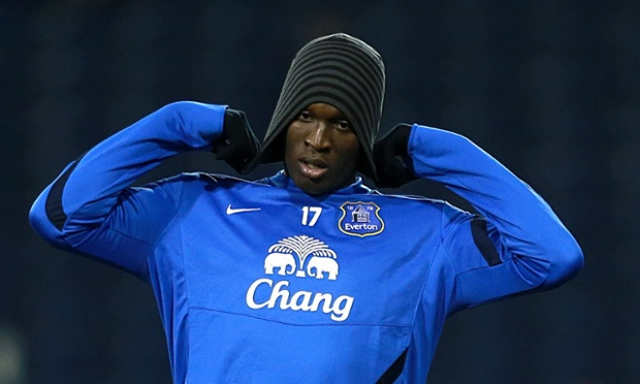 Lukaku and Van Gaal would be a match made in hell.

With rumours in The Sun today that Manchester United are considering a move to sign Everton striker Romelu Lukaku, here’s a look at why the Belgian international would not be the ideal buy for the club while current manager Louis van Gaal is in charge.

While there can be no doubting the 22-year-old’s talent – the former Chelsea man has 53 goals in the last three seasons despite his relative youth and inexperience – there remain serious question marks over his temperament. Upon completing a permanent move from Stamford Bridge to Goodison Park last summer, the Daily Mail quoted his old manager Jose Mourinho as saying he was not sufficiently motivated to fight for his place in the Chelsea team. Of course, many would argue that he had plenty of cause to be frustrated with his chances in West London, with the likes of Fernando Torres and Demba Ba selected ahead of him in his time with the club, despite not exactly being on top form themselves.

With the arrival of Diego Costa, however, it must be said that Lukaku should perhaps have been more ready to fight for a place in Mourinho’s starting lineup. The Spanish international arrived with the reputation of being one of the best strikers in the world and proved it with a great first season at the club. Whatever Lukaku has achieved whilst playing for clubs like Everton and West Bromwich Albion – arguably lower-pressure environments – he did not ever exactly look like possessing the right qualities to succeed at a big club like Chelsea whenever he was used.

The same issues could easily arise for the former Anderlecht man if he made the move to Old Trafford; Louis van Gaal is a similar style of manager to Mourinho in that he does not take kindly to egos. There have been notable examples throughout his career of the Dutchman falling out with big names, as listed in this article on the BBC Sport website. Van Gaal clearly doesn’t take kindly to anyone assuming they will be an automatic first choice, no matter how talented they are. All signs point towards Lukaku and LVG being a bad match.

That said, there can be no ignoring that the Red Devils need a new striker this summer after Radamel Falcao’s time at the club went so badly. If other targets cannot be brought in, Lukaku would certainly be an option worth considering if he could approach the move with the right mindset and not make the same mistakes and demands that he did in his time with Chelsea. Van Gaal notably turned around the careers of players like Ashley Young and Marouane Fellaini this season, so it’s not out of the question that he could manage the same with the Everton man.