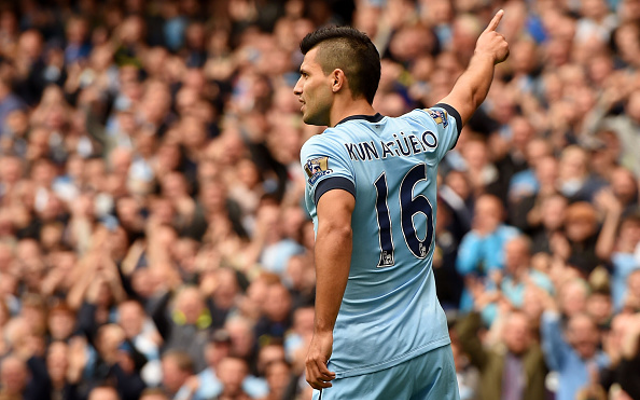 Manchester City striker Sergio Aguero insists he has no plans to leave the club for Real Madrid in this summer’s transfer window.

The Argentine international believes he is already at the best club to win big trophies, and has set his sights on helping City achieve their dream in the Champions League next season.

“I can’t stop rumours. I can’t stop people writing things,” he is quoted in the Daily Mirror. “But what I can do is repeat what I have already said, and that is that I’m very happy at Manchester City.

“I have had success over the last four seasons there and I’m hungry for a lot more.

“Of course the Premier League is a big priority and we want to win it back, but it is a big dream to win the Champions League at City as well.”