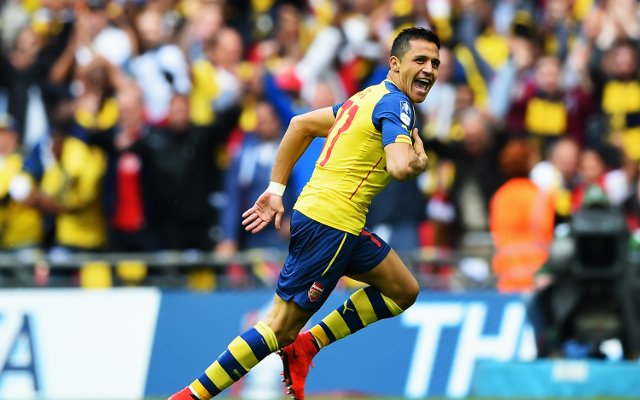 Alexis Sanchez has been backed to deliver the Premier League title for Arsenal next season by none other than club legend Thierry Henry.

The Chilean enjoyed a superb debut year with the Gunners after signing from La Liga giants Barcelona last summer and went on to score 25 goals in all competitions, including a brilliant strike in the FA Cup final against Aston Villa last month.

Sanchez will be crucial to any hopes the North London outfit have of ending their 11-year wait for a league title and Henry firmly believes the new Emirates Stadium hero is capable of helping to end the drought next season:

“He is the guy who can change the course of a game. I love the way he plays, he plays with his heart and I know the fans love that about him,” the Frenchman told the club’s official website.

“As an Arsenal fan I am very excited about next season and hopefully we can bring some people to the club.

“When you have a guy like Alexis Sanchez anything can happen. Hopefully he can fire us to the title next year,” Henry added.

Sanchez is currently away on international duty with Chile for the 2015 Copa America tournament on home soil and could miss the start of the season if his national team reach the latter stages.

With the final set to take place on July 4, the 26-year-old would start pre-season with Arsenal later than the rest of his team-mates and would need time to fully recover from a long year.