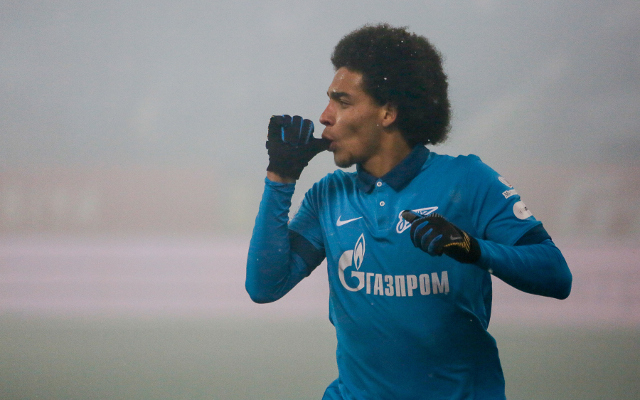 Chelsea have been linked with a move to sign £24m-rated Zenit Saint Petersburg midfielder Axel Witsel this summer, with Jose Mourinho eyeing him as a possible replacement for John Obi Mikel, according to the Daily Express.

The 26-year-old is regarded as a top talent in Russian football at the moment, having shone for Zenit since joining the club from Benfica back in 2012.

Although Chelsea already have plenty of options in the middle of the park, with the likes of Nemanja Matic and Cesc Fabregas shining in the Blues’ title-winning season of 2014/15, and with Ramires and Mikel as backup, it seems another similar kind of player is on Mourinho’s agenda for the summer.

The Express claims that Mikel is likely to be on his way out of Stamford Bridge after this season, with the Nigerian international struggling for regular playing time in recent years and being linked with a move to either Turkey or the Middle East.

Witsel would arguably also be an upgrade on a player like Ramires, who also found first-team opportunities increasingly limited this season, and it could prove a good move for Chelsea to bring in the talented Belgian international.

Chelsea already have a strong Belgian contingent at the Bridge, with Eden Hazard and Thibaut Courtois key players in Mourinho’s squad who could help Witsel settle in at the club.

Earlier this week, the Daily Mirror claimed that Manchester United were also interested in the player as he looks possibly set to leave Zenit this summer, so his future may still be up in the air.