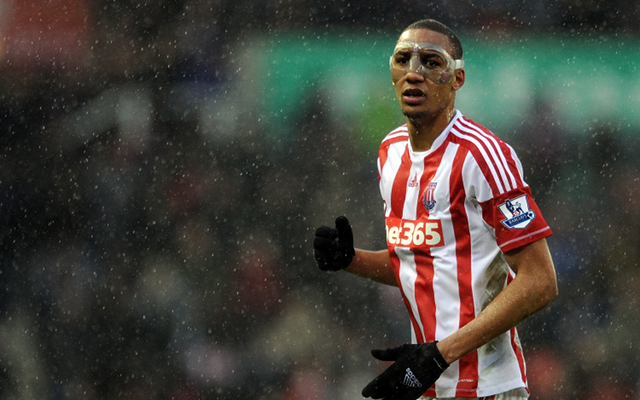 The 26-year-old has just 12 months left on his current deal, meaning the Potters may have to sell this summer if he doesn’t agree a new contract in the near future. The midfielder has had his eye caught by larger sides as both he and his father believe he would be playing for France if he was with a more prestigious team, according to the Stoke Sentinel [via the Express].

N’Zonzi has become an important player for Stoke since arriving from Blackburn Rovers in 2012. In 120 appearances the central midfielder has scored just seven times, but it is his all-round game that will have attracted the trio of rival teams. The former Amiens ace is able to impact the game at both ends of the pitch, and is the heart of Mark Hughes’s side at the Britannia stadium.

Of the three sides after the player, Liverpool may be the most in need of a new man in the middle of the park. Anfield legend Steven Gerrard played his final game for the Merseyside club last season, and they will be in need of a replacement. However, whether N’Zonzi is of the calibre required to do that is another matter.

He is a powerful operator who, as well as being eligible for France, could also represent the Democratic Republic of Congo-he has already received a call-up to the Leopards senior squad. He would bring composure under pressure, and a potential partnership with new Reds recruit James Milner would make for a dynamic, driving central-midfield partnership.

N’Zonzi was Stoke’s Player of the Season last season, having previously won the POTY award at Blackburn in 2010.