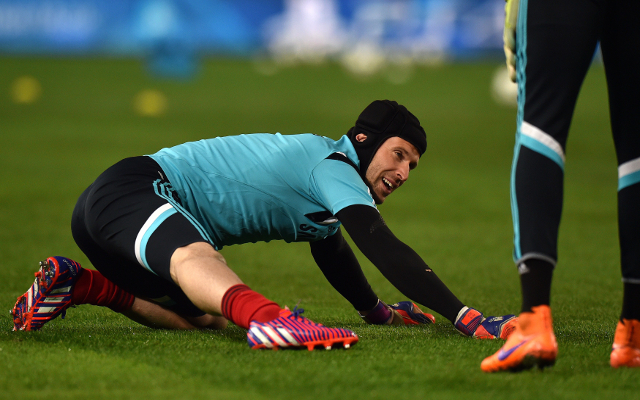 Chelsea goalkeeper Petr Cech looks to have reached a verbal agreement to join Arsenal this summer after being assured he will be the club’s number one if brought in for next season.

The 33-year-old has been allowed to leave Stamford Bridge after a great career with the Blues, with Thibaut Courtois now the undisputed number one.

Although manager Jose Mourinho was not keen for Cech to join a rival, owner Roman Abramovich has allowed the deal to go through, with everything expected to be finalised in the next few days, according to the Daily Mirror.

The Czech Republic international’s arrival as number one is expected to push David Ospina out of the exit door, with the Colombian a £4m target for Fenerbahce.