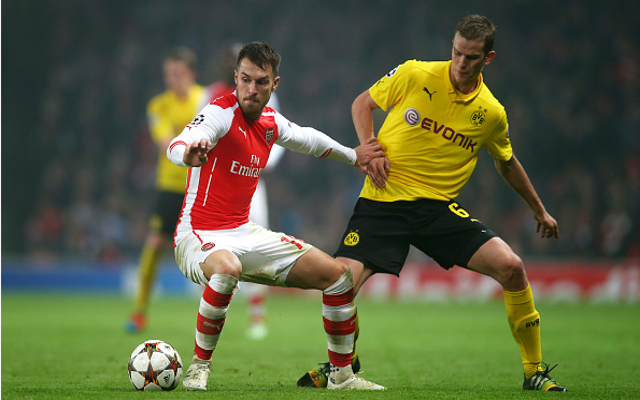 Arsenal are reportedly readying a move to snap up Borussia Dortmund pair Sven Bender and Sokratis Papastathopoulos according to the Daily Star.

Arsene Wenger will have been impressed by the efforts of Francis Coquelin last term, the Frenchman being ushered back from a loan spell at Charlton Athletic ahead of a good run of form in the second half of the campaign, but the Gunners boss is sensibly looking to bring in another defensive midfielder solution in the form of 26 year old German international Bender.

Sokratis Papastathopoulos has long been linked with a possible move to the Emirates Stadium, with both Liverpool and Southampton also said to be keen on the Greek international, and by all accounts the 27 year old is ready to leave the Westfalenstadion.

A move for a fresh central defensive option is perhaps hard to fathom given that Wenger only recently strengthened his squad in this area, with the January purchase of Gabriel Paulista, the Brazilian acting as a back-up for first choice pair Laurent Koscielny and Per Mertesacker.

The Dortmund duo are said to be available for a combined fee of £31m, well within Arsenal’s transfer budget.