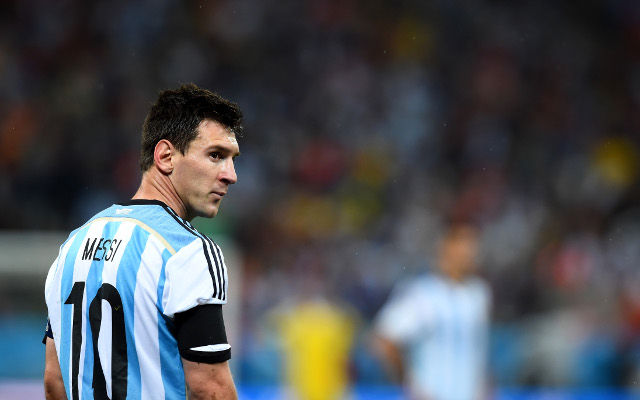 Lionel Messi may have won all there is to win at club level with Barcelona, but the one thing he still yearns for is to lead Argentina to success on the international stage.

The 27-year-old steered Barca to an historic treble this season after scoring 56 goals in all competitions [via the club’s official website] but says he would swap all those trophies in order to win the Copa America tournament this summer:

“I would give it all up to win the Copa America, he said [via Goal].

“This group deserves it for the way they fight. We had a great World Cup and we deserve it.”

“It’s what I dream of. Winning the Copa America would us some give peace of mind for the coming World Cup qualifiers. Not only for my team-mates, for the coach and for me, but for the country, too. The fans also want us to succeed,” Messi added.

Argentina are on the cusp of reaching the knockout stages after taking four points from their opening two group stage fixtures and will secure a top-two finish should they avoid defeat against Jamaica on Saturday night.

Messi found the net in the opener against Paraguay but was unable to prevent Argentina from throwing away a two-goal lead.

They responded to that setback with a crucial 1-0 win over Uruguay thanks to a terrific diving header from Manchester City striker Sergio Aguero.

Last summer Messi suffered the pain of losing in the World Cup final against Germany, but leading the Argentinians to their first trophy since 1993 will go someway into erasing that memory in Brazil.