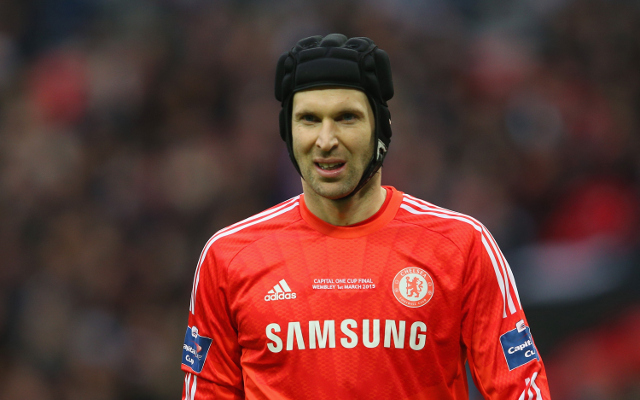 Chelsea goalkeeper Petr Cech will become the highest paid goalkeeper in Arsenal’s history as he closes in on a big move to the Emirates Stadium this summer, according to the Daily Mirror.

The Czech Republic international is looking increasingly likely to make the move across London to Chelsea’s rivals, with the Mirror stating that he had been keen to remain in the English capital, rejecting a more lucrative offer from Ligue 1 giants Paris Saint-Germain.

Cech will supposedly pocket £100,000 per week at Arsenal, making him the highest paid keeper in the north London club’s history, in what will no doubt be a landmark deal.

This move would certainly represent a major showing of ambition from the Gunners, who look to have moved fast to solve what has been a problem position for some time, with Arsene Wenger clearly unconvinced by David Ospina and Wojciech Szczesny as options in goal.

The Mirror adds that Cech’s imminent arrival at the Emirates could see Ospina leave, with AS Roma mentioned as possible suitors for the Colombian’s signature, even though he only joined the club from Nice a year ago, and did fairly well whenever called upon in the starting lineup.

Still, there’s no doubt Cech represents a cut above either of the current Arsenal keepers, having shown himself to be consistently one of the best in the world in his long and successful career at Stamford Bridge, where he has won a whole host of major honours, such as four Premier League titles, four FA Cups, the Champions League and the Europa League.

That experience and know-how at the very top level could serve Arsenal very well next season, with Wenger’s side desperate to end their long run without winning the league, a competition they last conquered all the way back in 2004. Despite back-to-back FA Cup wins for the Gunners, there’s no doubt some bigger trophies would be very welcome, and a world class shot-stopper like Cech could be just the answer.

The 33-year-old lost his place to Thibaut Courtois this season, but is still viewed as being one of the best in Europe in his position, and it is no surprise that he has not settled for being a backup for very long.