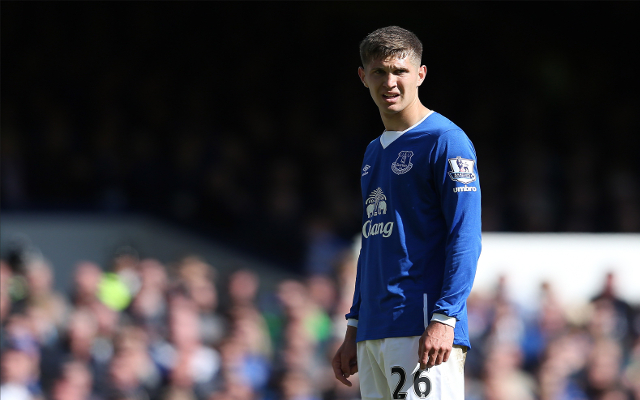 The 21 year old is currently away on national team duty at the European Under 21 Championships and is rightly considered one of the best young talents in English football could help boost Chelsea’s homegrown quota and may be seen as an ideal long term replacement for veteran skipper John Terry.

Stones was signed from Barnsley in 2013 and is now a regular in Roberto Martinez’s first team set-up, making 28 appearances in all competitions last season, and a player who is very comfortable on the ball with a great deal of potential.

Though primarily a central defensive weapon, Stones can also effectively fill the right-back berth, and is a player Mourinho has turned to having been told that Raphael Varane is very much part of Rafa Benitez’s Real Madrid plans.