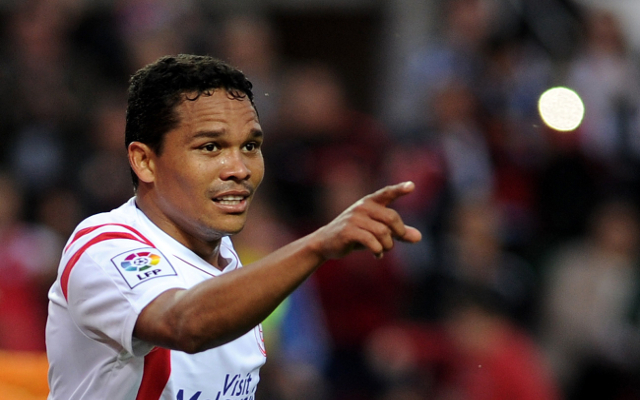 The 28-year-old scored 28 goals in 55 games last season, helping his side to win the Europa League and thus qualify for the Champions League. This has led to several clubs becoming interested in the striker, with Manchester United, Arsenal, and AS Roma among them according to the Daily Mail.

Whoever goes in for the Colombia international will have to pay his £21.4 million release clause. They may also have to wait until after the Copa America, where the forward is currently playing for his country. Should they go all the way to the final it could be as late as July 4 when Bacca returns from the tournament.

Liverpool are in need of a forward after failing to match their goalscoring exploits of 2013/14 in the last season. They scored 101 goals in the prior campaign, but only managed 52 last time round after losing Luis Suarez to Barcelona in the intervening summer. Daniel Sturridge was injured for much of the season, while Rickie Lambert, Mario Balotelli, and Fabio Borini all exacerbated the problem by failing to hit form.

With a goal per game ratio of better than one in two, Bacca could be perfect to help with this problem. Especially if he continues to do this…