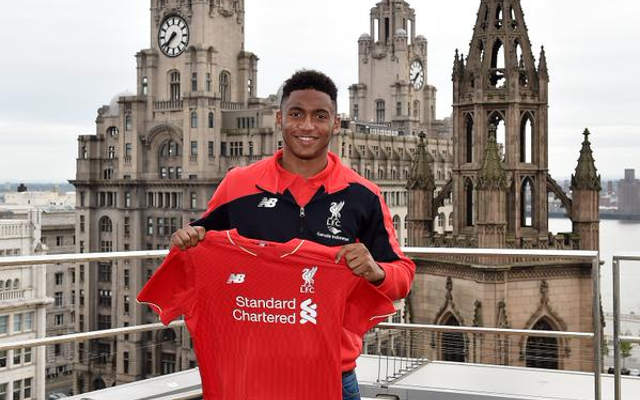 Joe Gomez has spoken of his delight at joining Liverpool from Championship outfit Charlton Athletic and says the move is a ‘dream come true’.

The 18-year-old’s £3.5 million deal was announced via the Reds’ official Twitter account on Saturday and he has put pen to paper on a long-term deal after successfully completing a medical and agreeing personal terms.

#LFC are delighted to announce the signing of England U19 international Joe Gomez from Charlton Athletic. pic.twitter.com/h9xZcVEguG

Gomez is Liverpool’s fourth signing of the transfer window after the arrivals of James Milner, Danny Ings and Adam Bogdan, who will all be officially unveiled on July 1.

The England youth player is not expected to be a part of the first team picture next season as Mirror Sport have reported he will be sent out on loan in order to gain more experience and a temporary switch to Derby County is on the cards.

However, Gomez didn’t appear to be thinking about the prospect of a loan move when giving his first interview as a Liverpool player to the club’s official website:

“It’s a dream come true. It’s a bit surreal and it hasn’t really hit me yet. But I’m buzzing and just excited to get started,” he said.

“The club has got great history and it’s a great club, and one that I’ve always been following from when I was young.”

“The style of football and the top players here was somewhere that I wanted to go and get better and learn, and play good football. It was an easy decision,” Gomez added.

The defender, who is equally comfortable at centre-back and at right-back, admitted Manchester United legend Rio Ferdinand as well as a couple of Reds heroes are who he tries to model is game on:

“Definitely, he has been a great model.

“But just generally good defenders; coming up in that era, Jamie Carragher and even further back, Sami Hyypia. The history here speaks for itself,” he concluded.

The youngster impressed last season after breaking into the Addicks’ first-team during their Championship campaign. He made 24 appearances for Charlton last term, as the Londoners finished in 12th place, and also won caps at England Under 19 level.

Beyond Gomez, Brendan Rodgers will surely look to add more defenders to his roster this summer.

England international Glen Johnson has departed on a free transfer, leaving the Reds understaffed at right-back. Another potential departing star could Martin Skrtel, who has confirmed that he has not signed a new contract with the club, despite reports to the contrary [Express].