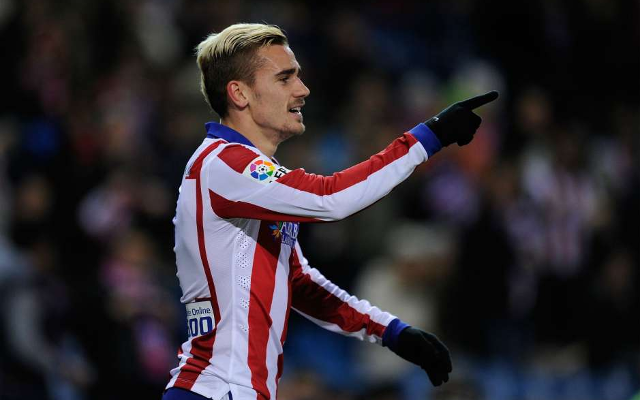 Paris Saint-Germain have reportedly joined Chelsea in the race to sign Atletico Madrid winger Antoine Griezmann in this summer’s transfer window, according to the Daily Express.

The French international enjoyed an outstanding first season in Madrid this year, scoring 25 goals in all competitions to establish himself as one of La Liga’s most prolific attackers, all the more impressive for reaching such figures despite playing out wide for Diego Simeone’s side.

This fine form seemingly attracted interest from Chelsea, with the Daily Express also reporting earlier this week that the Blues could be in for Griezmann, possibly as a replacement for the unsettled Loic Remy up front.

Still, the Express now state that Chelsea are unwilling to pay the 24-year-old’s release clause of £43m, which is perhaps a lot for the club to be spending considering they already have so many top class options in attack as it is. This possible stalling from the Premier League champions could now allow PSG to swoop, as they ready a bid of around £28.5m to test Atletico’s resolve to keep the player.

The Spanish giants lost a whole host of big names from their squad last summer as well, with Chelsea again benefitting as they brought in Diego Costa and Filipe Luis, while Thibaut Courtois also returned to Stamford Bridge after three years on loan at the Vicente Calderon, making him almost like a new signing as well.

Another raid for Griezmann would be a big blow for Simeone as he tries to rebuild his side, and PSG’s interest won’t be too welcome either, with the Ligue 1 champions looking to sign a high-profile attacking midfielder this summer after also being linked with Manchester United’s Angel Di Maria and Paul Pogba, the Express says.