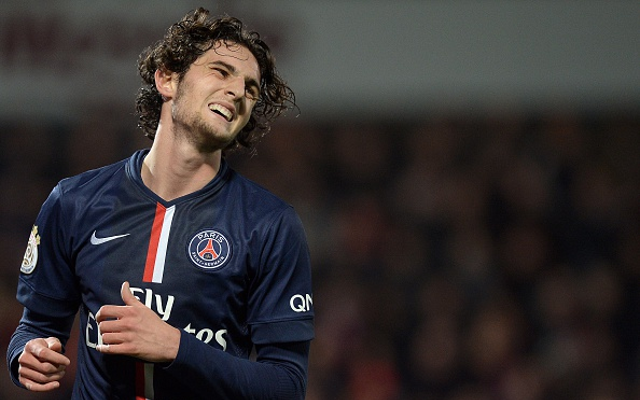 Tottenham Hotspur are understood to be keen on Paris Saint-Germain pair Adrian Rabiot and Yohan Cabaye as they look to bolster their midfield options.

According to The Times, Spurs have once again expressed their desire to recruit PSG’s young star Rabiot, who is reportedly unsettled at the Parc des Princes.

Get French Football [via the Express] recently reported that the player’s mother—who also acts as his agent—has informed the club’s hierarchy that her son wants a move away from the French capital this summer.

Rabiot may be one of the most highly-rated young talents in the French game, but a quintet of international midfielders—Blaise Matuidi, Marco Verratti, Thiago Motta, Javier Pastore and Yohan Cabaye—all stand ahead of him in the battle for playing time at Paris.

The 20-year-old only managed 10 starts in Ligue 1 last season, although he did demonstrate his class on a further 11 outings as a substitute.

While the youngster is yet to make his France debut, he has represented the national team at every youth level from U16 to U21. Rabiot, who is a technically-proficient operator who thrives when carrying the ball through the heart of the park, will be aware that he needs first-team football if he is to force his way into Didier Deschamps’s Les Bleus squad ahead of the 2016 European Championships.

As well as Rabiot, the Metro have reported that Spurs are also keen to bring former Newcastle United midfielder Cabaye back to the Premier League.

The international has struggled at PSG, looking out of sorts last term, while admittedly having problems with injury concerns, and has been linked with a summer move away from the club.

As well as Spurs, West Ham United have been linked with a move for the ex-LOSC Lille man [Brentwood Gazette].