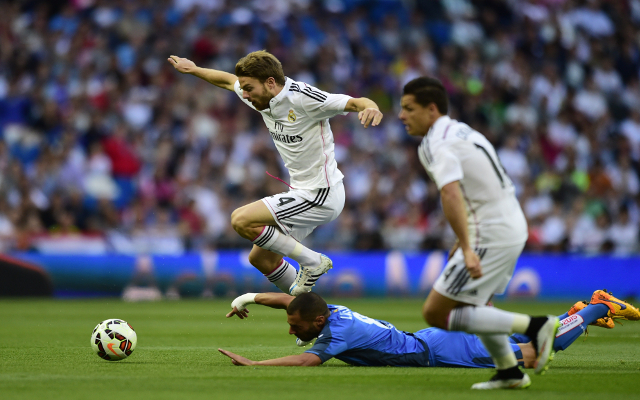 Liverpool are to offer Real Madrid €22m (£15.7m) for bit-part player Asier Illarramendi according to Marca.

Brendan Rodgers has seen Steven Gerrard leave Anfield and central midfielders Joe Allen and Lucas Leiva have struggled for form and fitness over the past 18 months, therefore a move to bring in a fresh option in this regard is a sensible one to pursue.

Real Madrid brought in Illarramendi from Real Sociedad in the summer of 2013, but the Spanish international has struggled to maintain a foothold in the Bernabeu side’s first team set-up.

The arrival of Toni Kroos from Bayern Munich last summer led to a peripheral role for Illara in 2014/15, during which the 25-year-old made just 10 La Liga starts, as well as making a further 20 appearances from the bench, and the player’s future at the Spanish giants hangs in the balance.

Marca suggests that Rodgers will hope to persuade newly appointed Real Madrid manager Rafa Benitez to consider offers for Illarramendi and the chance to reignite his career at Anfield may tempt the Basque born battler.

Liverpool have already moved to strengthen their squad this summer, though their level of funding has been fairly sparse, with three of the four players signed having been free agents.

Rodgers has welcomed in James Milner, Danny Ings and Adam Bogan on expiry of their respective contracts at Man City, Burnley and Bolton.

The Merseyside outfit have also brought in Charlton Athletic youngster Joe Gomez in a deal said to be worth £3.5m (Via BBC), therefore a move for Illarramendi could, if successful, represent the club’s first big money signing of the transfer window.