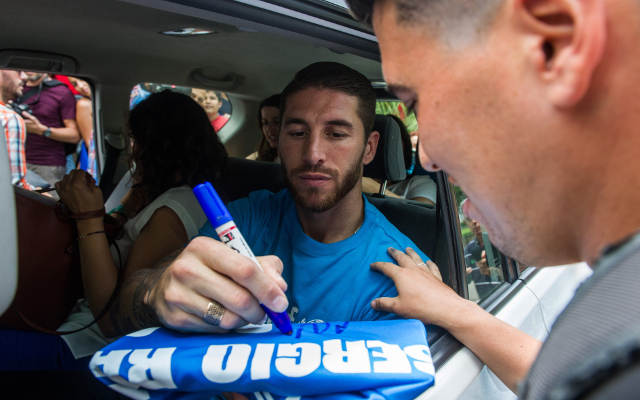 Old Trafford side linked with move for Bernabeu star.

Man United are set to cash-in on keeper David De Gea with the Old Trafford side having given up all hope of keeping hold of the Spanish international according to the Metro.

Louis van Gaal will then seek to use funds from the sale to land Real Madrid star Sergio Ramos, opening up speculation of a potential swap deal between the two footballing giants.

The 29 year old World Cup winner has been strongly linked with a potential Bernabeu exit and Louis van Gaal sees the experienced centre-back as the man to help steady his shaky defence.

Ramos moved to Real Madrid in 2005 and has made 445 appearances for the club and it would be remarkable if Rafa Benitez would sanction such a sale, nonetheless this source claims that should they do so then they will turn to Man United target Nicolas Otamendi as a possible replacement.