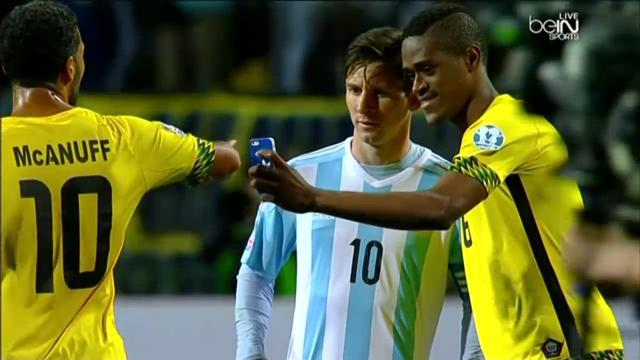 Jamaica star poses with Messi after defeat to Argentina.

Lionel Messi was asked to pose for a selfie with his opponent Deshorn Brown just after his Argentina side beat Jamaica 1-0 in the Copa America.

Brown will no doubt have his critics after this incident, with many sure to feel he shouldn’t be so quick to try and grab a photo with an opposition player so soon after losing the match, even if Messi is perhaps the biggest name in world football today.

See a video of the incident below, with one of Brown’s team-mates clearly not too impressed with the 24-year-old’s actions…