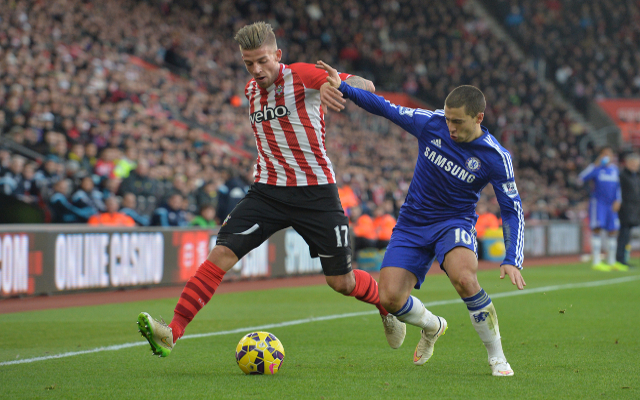 Tottenham are reportedly close to completing the signing of Belgian international Toby Alderweireld according to the Daily Star.

The 26 year old Atletico Madrid defender spent last season on loan to Southampton and adapted well to life in the Premier League.

Toby Alderweireld can play at full-back or in the centre of defence and is apparently ready to turn down a move to Chelsea in favour of a move to White Hart Lane.

Wisely, Alderweireld believes a move to Spurs would offer a better guarantee of regular first team action and the former Ajax man is keen to line-up alongside fellow countryman Jan Vertonghen in Mauricio Pochettino’s back-line.

Tottenham have already strengthened their defence this summer having captured Burnley right-back Kieran Trippier in a £3.5m deal.