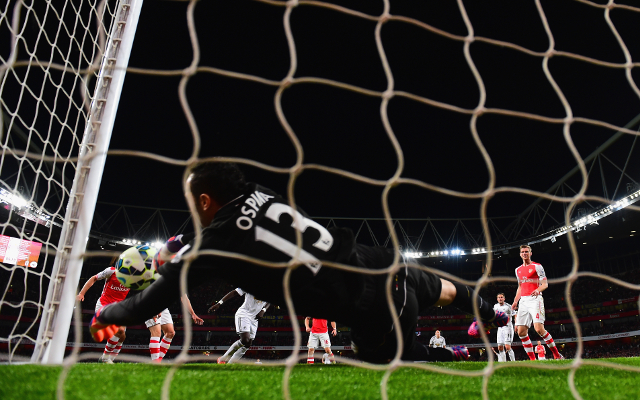 Arsenal star David Ospina has confirmed that his agent is in talks with Fenerbahce over a transfer, reports the Metro.

The 26-year-old was a regular for the Gunners in the second half of last season, pouncing on mistakes made by rival Wojciech Szczesny to take the number one spot and play 18 games in the Premier League. However, despite this it seems that manager Arsene Wenger is willing to let him go this summer, perhaps as Chelsea star Petr Cech is about to join the club. The Metro believe that the Czech Republic international could join in the next few days.

The goalkeeper is currently with Colombia at the Copa America, preparing for their quarter final match with Argentina. Asked about a move to the Turkish side while out there, he replied: “They are dealing with my agent. At the moment the only thoughts I have are for Colombia. I will not betray my team.”

With doubts over whether the former Nice man is big enough for English football at just six foot tall, this could be a good move from the North London club. It will be even better if it speeds along the arrival of Cech. The 33-year-old could be the perfect addition to their defence as the Emirates outfit look to challenge his current side for the top flight title.