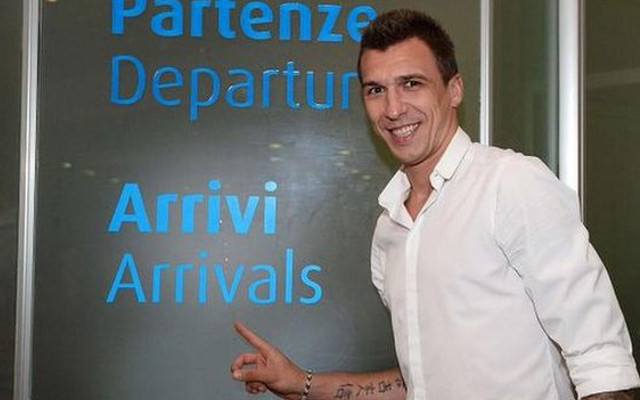 Atletico Madrid striker Mario Mandzukic – who has been heavily linked to Liverpool and Manchester United over the past few months – is on the verge of completing a transfer to Juventus having arrived in Turin for his medical.

Juve revealed on their official website that the Croatian forward is currently undergoing a medical with the club, and his deal is likely to be announced within the coming days.

According to The Guardian, Mandzukic will sign a four-year deal worth £18m with the Champions League runners-up, and he looks to be a direct replacement for Carlos Tevez, who looks set to return to Argentine outfit Boca Juniors.

There was speculation that Liverpool were close to signing the Croatia international [via the Mirror] at the end of May; however, it’s unknown whether the Reds’ interest was serious.

Manchester United, meanwhile, were also claimed to have been interested in his signature. Atleti were rumoured to have offered the Premier League giants the 29-year-old, but Louis van Gaal may not have been convinced that he could be worth the investment [via the Daily Mail].

Diego Simeone brought Mandzukic to the Estadio Vicente Calderon only last summer, but there relationship was said to have been tense, with the Argentine manager admitting that the attacker ‘annoyed him easily’ [via the Daily Mail].

He scored 12 La Liga goals in 24 starts – but his 10 yellow cards highlights his worrying temperament.