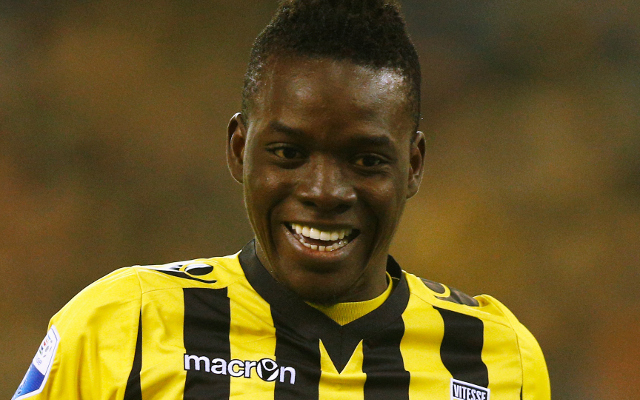 Chelsea have been given a work permit for wonderkid Bertrand Traore 18 months after they originally signed him, reports the The Guardian.

This 19-year-old has been on loan at Vitesse Arnhem since he joined the Blues in January 2014, a club well known for the large amount of Stamford Bridge youngsters that are playing there. However, it could be that he goes straight in to the first team squad now, with Vitesse manager Peter Bosz claiming his opposite number Jose Mourinho rates the forward very highly.

Bosz said: “Jose Mourinho is crazy about him. If the opportunity is there, they (Chelsea) prefer to take him back.”

The youngster has certainly impressed in his short career to date. He first came to the fore at the Under 17’s World Cup in 2009, when he was playing as a mere 14-year-old for Burkina Faso. Already with 23 appearances and two goals for his country at a senior level, Traore has continued to develop to the stage where he scored 17 goals in all competitions last season for Vitesse.

He will get a chance to prove himself on the Blues’ tour of the USA this summer. His versatility may appeal to Mourinho, with the teenager able to play as either a striker or on the wing. Chelsea could be short of forwards next season after Didier Drogba announced he was leaving. Loic Remy is also being linked with a move away by the Daily Mirror. This could leave just Diego Costa and 17-year-old Dominic Solanke at the club

The Portuguese coach has shown a reluctance to use younger players in the past, but this has seemed to be softening in recent years. While at Real Madrid he entrusted a then 17-year-old Raphael Varane in central defence, and just last season 20-year-old Kurt Zouma was an important art of their Premier League winning squad. 19-year-old Ruben Loftus-Cheek was also given time in the team after they had won the competition.