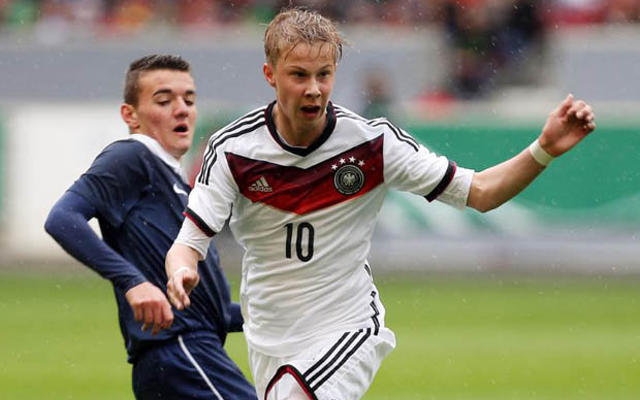 St. Pauli midfielder Sam Schreck, 16, is on the radar of Chelsea, Real Madrid and Inter Milan, along with a number of Europe’s biggest names, following a string of impressive displays last season for his club and international youth side.

In reports cited in German newspaper Bild, the 16-year-old could be the subject of an intense transfer battles, as six top European clubs are considering making an offer for the in-demand playmaker.

The Premier League champions, Los Blancos, Internazionale, as well as Bundesliga trio Schalke, Borussia Dortmund and Hamburg are interested in adding the teenager to their respective academies.

Schreck currently plays for St Pauli’s U17s, while he has also been a part of Germany’s U16 side having accumulated 10 caps and scored one goal.

It’s not known just how keen the said clubs are in tabling a bid; however, it is clear that St Pauli are eager for the player to develop further with their youth side – believing that it’s important he doesn’t rush his career.

“Sam has been scheduled to play for the coming season in our U17, and he has a contract until 2016.

“It makes us proud to have a player like this in our ranks. This is also a compliment for our work. Sam is a great talent, is already longer known by his games for the German U16.”

While Schreck himself voiced his happiness in Hamburg:

“I am in good hands here. There is a good atmosphere, and I’m constantly encouraged. My goal is to become a professional footballer, and I’m happy at St Pauli.”