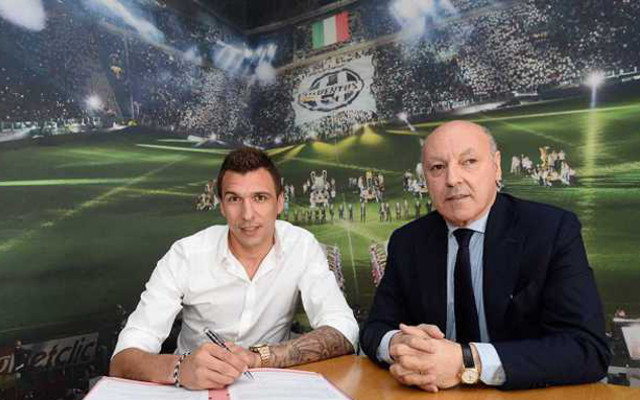 Juventus have announced on their official website that they have completed the signing of Mario Mandzukic from Atletico Madrid.

The Italian side have paid €19 million for the 29-year-old which will be paid in three installments over the next two years. This could rise to €21 million if certain performance related marks are hit. The Croatian has signed a four deal at the Old Lady, and could be a replacement for Carlos Tevez. The Argentine is expected to join Boca Juniors in his homeland over the next week according to ESPN.

This news will be a major blow to both Manchester United and Arsenal, who were interested in the player according to the Daily Express. The Premier League duo will now have to look elsewhere to bolster their striking departments but luckily there are other options out there.

Both have been linked to Napoli star Gonzalo Higuain by the Daily Star, and also Real Madrid ace Karim Benzema by the Daily Express. Both have proven themselves at the highest level in the Champions League, but would also likely need a large transfer fee to prise away from their current clubs.

The Red Devils are in need of a forward after Radamel Falcao’s loan deal came to an end and Robin van Persie showed the signs of his 31-years while scoring just ten goals last season. Meanwhile the Gunners will need an improvement on Olivier Giroud, Theo Walcott, and Danny Welbeck if they really want to challenge Chelsea for the top flight title.